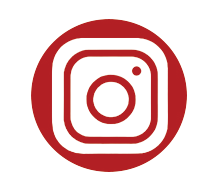 Gemstones specialist Astrologers are generally also known as precious stones specialists in India. He is best and famous in the world but he is known or best over the world. Most people use gems for themselves. Gemstones are like a stone in different colors. Each gem is used with its appropriate color in different ways, the first being nine planets, the other is navgraham, the third control's nine bacteria, navrotna, and these are traditionally accepted in Hindu astrology. The gems have been in the form of a prominent use which since ancient times has been intended for the purpose or motive to alleviate or eliminate the diseased effects of the planet.

Our Gemstones specialist astrologer is the global approval suggests wearing any gemstone that is after expensive and careful observation of the birth chart for each client. The things that were considered when making observation and analysis are place and nature planets in the birth chart that are the plane's transit, good and bad effects of planets, in the sense that it is good and bad astrology. In addition, they suggest the most cure or other words, we can also say the bad astrology as well as propose the beneficial gemstone. He also provides guidance on the most promising time for the purpose or the motive of wearing the proposed gems on the specific finger. The most suitable metal for pedestal ring.

Tell me your problem here

DISCLAMER NOTES :- There are no guarantees that every person using this service will get their desired results for sure. Astrological results depend on a lot of factors and the results may vary from person to person.
Copyright © 2016-2022 Astrologer Guru Maa Vidyavati All Rights Reserved